the spell the night casts 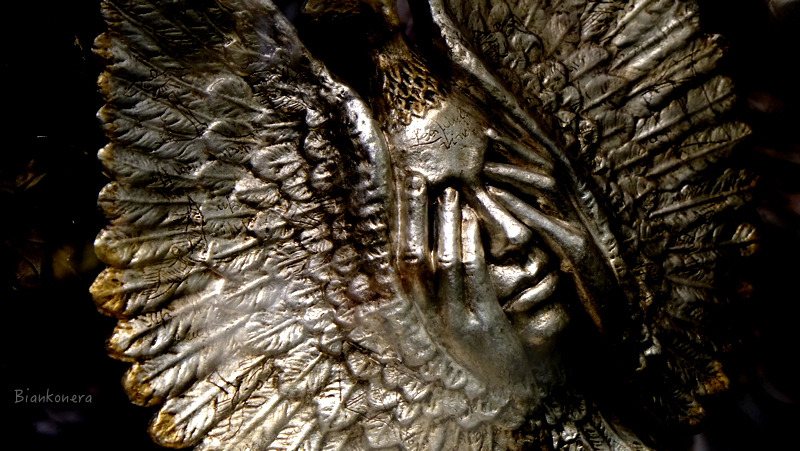 There was a sound in the night. The sound of a crowd’s chatter that was so typical for a busy Venetian day on crowded tourist trails. Gaia frowned. Normally at this hour – and especially in winter – Venice and the most serene of silences were playing charades. Only some event might have attracted people to leave the warmth of their houses on such a freezing night, but there was nothing planned for tonight.

And then there was music. It was even more unbelievable and baffling than the chatter. It would have been unbelievable even in summer, but for such a late hour in February it was downright bizarre. This was a time for one of city’s beautiful and most surreal dreams.

Gaia was both perplexed and curious. The desire to see what was going on so late at night was impossible to resist, so she headed in the direction where the music and the crowd’s chatter came from. The music made the night dream-like, making Gaia doubt she was actually awake.

She followed the sound of the melody. Curiosity’s ability to kill the is well known and I’m probably about to become the infamous cat. She felt cold shivers all over her body, but they had no effect when it came to the curiosity that now had a firm steel-like grip on her.

What appeared before her eyes, when she turned around the last bend, stunned her. The campo was full of masked people. They were dancing. It looked like a grand dress rehearsal of some ball. She stood completely mesmerised by the mysterious happening, unable to move. There were masks dressed in outfits of the most luxurious and rich fabrics accessorised with precious gems made into masterpieces – unique and unbelievable – by the best jewellers. Each costume was elaborate to perfection.

As the first shock let go of her, Gaia slowly walked through the crowd of dancing masks, who seemed to be oblivious of her presence as though they existed in some other reality. For a while Gaia was unsure if this was not just some dream she was having. It had to be. There was way too much that made it all completely surreal, impossible. She looked at the dancing people, she felt the light touches of their exquisite fabrics against her jeans and woollen coat that seemed so out of place here, but there was something that kept her on a look-out for a trick. She tried to listen to the dancers’ voices, but was unable to understand a word they spoke. The sounds never formed any recognisable value.

On the side of the piazza a band of musicians performed some piece she had never heard before, casting a spell-like feel over this place which for some unexplainable reason was still awake while the rest of the city was peacefully asleep. It was the same melody which had led her here. She listened. It was so captivating, so light, so alluring, so elevating. For a moment she imagined it as a  dream captured in music by some magician.

Gaia smiled at the thought.

Suddenly there was another sensation. She frowned slightly in an attempt to associate it with something familiar and then glanced over her shoulder in the direction where the sensation led her. She felt a warm breeze touch her cheeks as they blushed when her gaze was met by that of a man walking past the palazzo on the opposite side of the campo. They looked at each other for a moment which may have lasted a second as well as an hour.

Her lips – now pale from cold – reflected the smile. Why do I know you even though I have no idea who you are?

They both reached the opposite corners of the campo and disappeared in the maze of narrow streets.

Having walked about twenty steps away from the campo Gaia stopped. Only then she realised the smile was still on her lips.

In a sudden urge she turned around and walked back to the campo. She had to see it all again to believe it. She wanted to hear the music again which seemed to have vanished as a mist. She had to go back and so she did.

As she entered the campo, it stunned her again.

The rectangular space with the wellhead in its centre was empty. There were no masks, no musicians, nobody. The only living beings there were few pigeons walking around.

2 Replies to “the spell the night casts”