Do you remember me 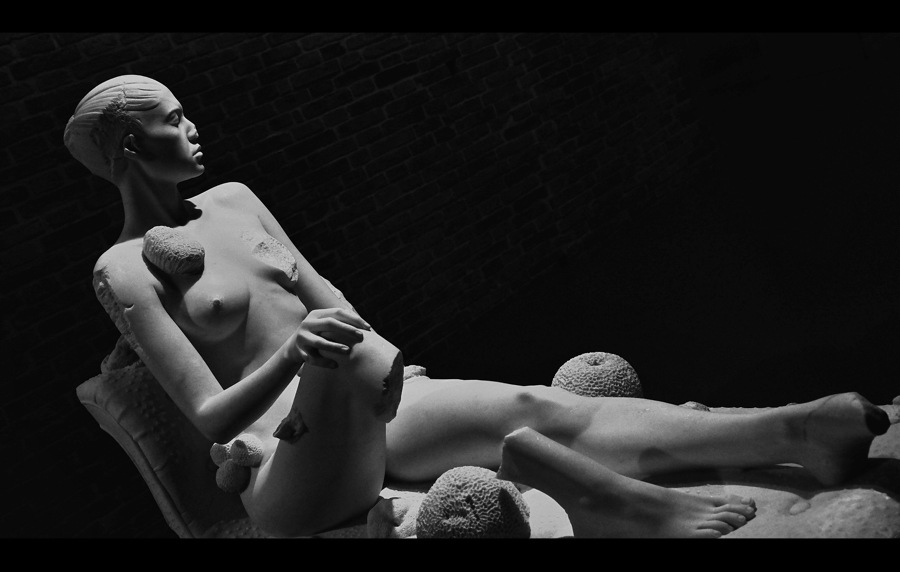 In the picture: Reclining Woman by Damien Hirst from his “Treasures from the wreck of the unbelievable”

As the day had progressed the bleak weather had done its part and now she was in one of those dreadful moods that turned her into a mess of tears, anger, despair and self-hatered. Her mind had gone into a typical death spiral from which there were only two more or less safe ways out – riding it out or sleeping it off. She knew that if she started fighting this mental bomb cyclone she’d get shredded in the process and if she did something – anything – while in this state – God forbid – she’d massively regret the aftermath come dawn. This beast of hers had to be held on the tightest leash when it escaped its cage.

Today the mental shit had hit the fan with an envy inducing zeal. She sighed. There was no need for a shrink to help her understand the reason of this. She knew it perfectly well. It was lack of a vital element that made her life into a miserable existence. It was a lack of touch that drew her up the walls. What happened to a tactile person who was constantly denied the one thing they needed more than anything else? A touch from another human being. Not just any human being, mind you. But what happened if such sensory deprivation was forced on someone who was tactile? They died inside. Every day, over and over. They became a dull, grey shell filled with broken pieces. And each time a razor sharp edge of any such piece touched the shell, the person in question burned, bled and… died a little more… And I know because I live this hell over and over and over and over…

She walked over to the couch and picked up a garment bag she had brought from the mask studio. The ball was yet another day closer forcing her dread level another notch higher. There was a voice inside her skull that screamed at her to burn the costume and run as far from Venice and him as she could manage.

Do you remember me? His excruciatingly beautiful voice in her head hit her like a punch in the gut making her gasp for air and she dropped the clothes bag.