believe in what you cannot see 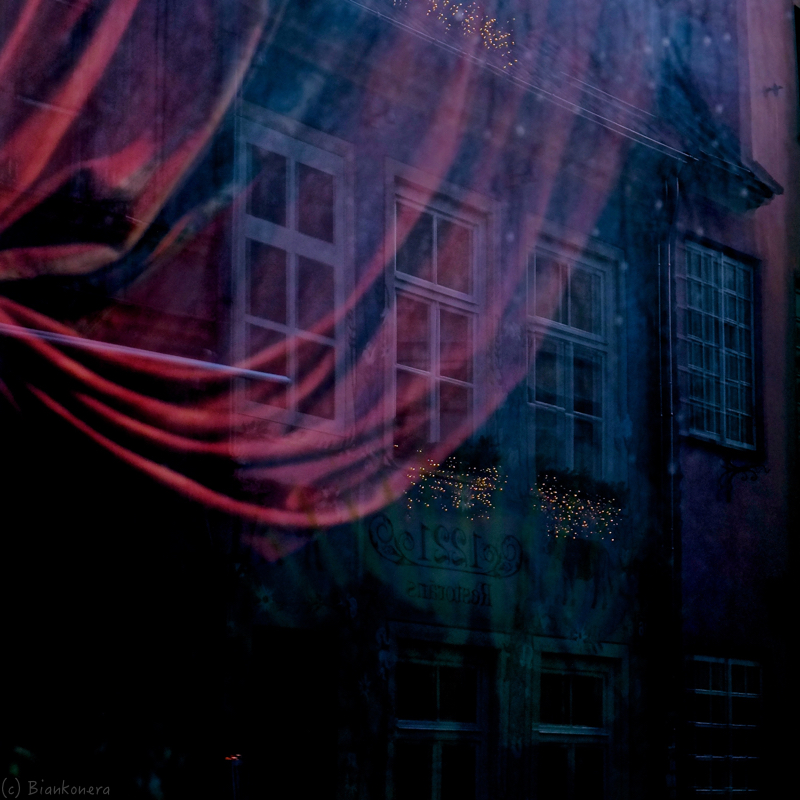 Everything was black. Gaia couldn’t even see her own hand she knew she had raised to the level of her eyes. She tried to remember where she was but her memory was just as black as everything around. Whatever this place was it lacked any sound or smell which could possibly give away any clues. She frowned laying on one side on what seemed to be a floor, but she was unable to define what the floor was made of.

Darkness surrounding her had some quality which made it seem surreal. It seemed too perfect – too black and too silent – to be natural.

Her palms still on the floor she reached as far as her arms would allow her, but her fingers met no obstacles on their way across the smooth surface of the floor. A wall. I need to find a wall. A wall would give some definition to this place. She stood up, her movements slow and careful. She was still unsure on what surface she had found herself on.

For a moment she contemplated other sensations she could define. Whatever this place was, it was neither cold, nor hot. Carefully Gaia took one step forward in whatever direction she was facing. Being cautious she extended her hands in front of her. There was no obstacle her fingers could touch. She took another step forward. Then one more. And then several more steps. Nothing. No wall, no obstacle, nothing. Slowly she kept on walking forward for a good while.

Gaia frowned. What is this place? Not only was it black, silent and empty, it was immense, too. Or so it seemed. She wasn’t sure.

And then, as she was about to let her arms drop to her sides, her fingertips brushed against something soft in front of her. Gaia took another step forward allowing her hands to look for clues on what they had found. It was a fabric. Soft, smooth and silky to the touch. There was a memory of such fabric in her senses. Such were the heavy gold drapes of the Ca’ Diamante. Ca’ Diamante?

The next moment she screamed in pain, falling on the floor and holding her head in her hands. Somebody had suddenly stuck a sharp instrument in her head or so her senses told her. And when it seemed the pain could not become more excruciating, another blow came. And another one, and another, and several more as if somebody was determined to pin her head to the ground, making sure she could never possibly raise it again. Gaia screamed at the top of her lungs, but the strange and empty blackness absorbed her cries like a sponge. Something crushed her. Something heavy had fallen on her from an unknown height, trying to smother her, making her gasp for air.

The blackness became even more black and silent and empty. It enveloped her like a liquid, but did so from the inside out.

Was this it? Was there never going to be anything else other than this silent blackness?

Suddenly the pain was gone. Vanished. Gaia could swear there was the torturing pain in her head just moments ago, but now it was gone as though it had never existed before. How strange the sensation was. She opened her eyes. The blackness was still all around her, but now she could see through it and inside it as if it was made of countless layers.

[words and illustration by Biankonera]

7 Replies to “believe in what you cannot see”